Why should I become a Freemason?

Freemasonry is one of the world's oldest fraternities, founded on three Grand Principles; Brotherly Love, Relief and Truth.

Brotherly Love.... (friendship... amity!)
Every true Freemason will show tolerance and respect for the opinions of others and behave with kindness and understanding to his fellow creatures.

Relief.... (relief being charity)
Freemasons are taught to practise charity and to care - not only for their own - but also for the community as a whole, both by charitable giving and by voluntary efforts and works as individuals.

Truth.... (integrity)
Freemasons strive for truth, requiring high moral standards and aiming to achieve them in their own lives. Freemasons believe that these principles represent a way of achieving higher standards in life.

Its ceremonies teach moral and spiritual values, this is done in a symbolic way by using architecture and the stonemason's working tools to illustrate these values. These truths are ancient landmarks of the order and are as valid today as they were when Freemasonry was founded.

What is the United Grand Lodge of England?

The United Grand Lodge of England (UGLE) is the central 'regulatory' body for Freemasonry in England, Wales, Channel Islands and some overseas territories. It all began in 1717 when four London Lodges founded the first Grand Lodge and elected a Grand Master to regulate their activities. For a period in the 18th Century there were several rival Grand Lodges, until 1813 when the two main rivals united into a single Grand Lodge of England. The present Grand Master is HRH The Duke of Kent. HRH Prince Michael of Kent also holds senior office within United Grand Lodge and certain other Masonic Orders.

Visit the website of the United Grand Lodge of England

What are these 'other Masonic Orders?

UGLE has authority only over the Lodges which confer the first three 'degrees' in Craft Freemasonry and a separate Order called the Holy Royal Arch. Beyond this the enthusiastic Mason has the option of joining many other Orders. Most of these have some connection to the Craft degrees, but expand the knowledge of specific aspects of Freemasonry. Lodges or Chapters of these Orders tend to meet less frequently than Craft Lodges, and the cost of membership are consequently lower.

The other Orders of Freemasonry are too numerous to list here, but the Mason seeking Masonic knowledge beyond the Craft degrees could work his way through to becoming a 33o Mason.

It should be noted however, that all other Masonic Orders require those seeking membership to have completed the three Craft Lodge degrees and to be in good standing (i.e. not indebted to any other Lodge).

What does it cost to join?

Each Lodge is free to set its own membership fees. However, there are certain costs which have to be met, these are as follows:

Other costs will include the purchase of your regalia when you become a Master Mason. Also each meeting is normally followed by a dinner, with the cost depending on the menu and is payable on the evening you dine. However, there is no requirement to attend the dinner if you are unable to do so.

Each member is expected to support Masonic Charities without causing hardship to himself or his family. Contributions can be made in a variety of ways:

Can anyone become a Freemason?

Only upright men of good moral character and of mature age (twenty-one years of age) should apply. A belief in a Supreme Being is essential, however, the nature of that Being must be determined by the applicant himself. He must not have a criminal record or criminal proceeding pending against him.  A Freemason is never asked to put Freemasonry before his family, work and civil responsibilities, and must always meet the financial commitments to his family before those to Freemasonry.

Are there women Freemasons?

Yes. Whilst UGLE, following the example of medieval stonemasons, is, and has always been, restricted to men, however, there is no reason why your Wife or Partner cannot participate in and enjoy the Fraternity as women Freemasons have two separate Grand Lodges, which are restricted to women. To find out more about Freemasonry for women please visit the following links:

How could I become a Freemason?

If you already know someone who is a Freemason simply talk to them about it.  It is a misconception that Freemasonry is only open to those who are invited to join. You must approach Freemasonry of your own freewill. Initially, if you do not know a Freemason you should contact a Lodge of your choice, so if you would like more information then please contact us, we are always happy to help answer your questions and offer advice.

Interested in becoming a Freemason, please read the then

Why should I become a Freemason?

We are unable to give an answer to this question, only you can determine why you think you want to become a Freemason.

When you speak to a group of Freemasons it is likely that you will get as many different answers as there are Masons. Here are some of the reasons given for joining the fraternity:

Interested in becoming a Freemason, please read the then

Will my Family be welcome?

Yes, Freemasonry welcomes all Family members to participate in the social events. Many Lodges have social committees made up of wives, partners and girl friends, who play an important role in organising or helping to organise the years social events for the Lodge. Children are also welcome at most of the social events. Your Family can be involved as much or as little as they what to be, there is no pressure. 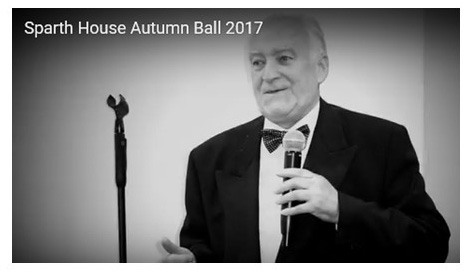 Are Freemasons expected to give preference to other Masons? (Nepotism)

Freemasons are not expected to give preference to other Freemasons over any other members of society, and are expected to treat everyone equally and fairly.  To do otherwise would be a misuse of membership and subject to Masonic discipline.  The Book of Constitutions, which every candidate receives, contains strict rules governing abuse of membership which can result in penalties varying from temporary suspension to expulsion form the Craft.

What is Freemasonry's relationship with religion?

What is Freemasonry's relationship with politics?

Freemasonry, as a body, will never express a view on politics or state policy. The discussion of politics at Masonic meetings has always been prohibited.