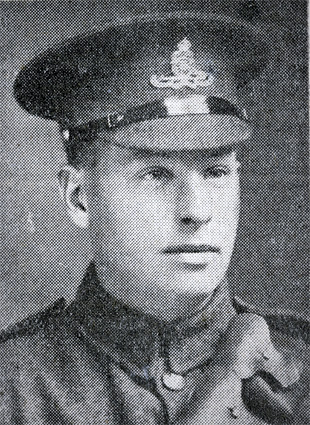 Gabriel was the youngest son born on the 4 October 1888 to parents Luke James Bullock and Elizabeth Alice Rawstron. He was baptised at St Johns Stonefold on the 9th February 1890 and at that time the family were living at 'Top O The Bank Cottage' in Acre.

Gabriel's father was listed as a cotton weaver in the 1891 census and by 1901 had changed profession and was the landlord of the Roebuck Inn on Charles Lane in Haslingden.

At sometime between 1901 and 1908 the family moved to the Swan Inn in Haslingden where Luke James Bullock died on the 6th January 1908 and was buried at St James. Gabriel was for many years a hairdresser at Blackburn Road, but, after his father's death, Gabriel returned to the Swan Hotel to assist his mother.

Bro Gabriel Bullock was initiated into the Lodge of Amity No.283 on the 6 August 1914 when he was 26 years old.

Extraordinarily little was known about Bro Gabriel Bullock other than the entry in the Lodge records relating to the Book of Declarations and an entry in the Minute Book relation to him being killed in action in WW1 in France.

WBros Rayton and Godwin assisted by other Brethren therefore embarked on a voyage of discovery about this unfortunate young man and a Brother Freemason. They have gleaned the following information from various sources and now present this to commemorate the untimely death of a Brother and to pay respect to departed merit.

Come with us as we sojourn through the past to rediscover the story of the Bullock family - in particular Gabriel, Haslingden - the town where they lived, the Lodge of Amity 283 and the Great War 1914 - 1918


Please note: The film may take a minute or so to buffer or you can play direct from YouTube

Continue to scroll down the page to view memorials, documentation, maps and photographs 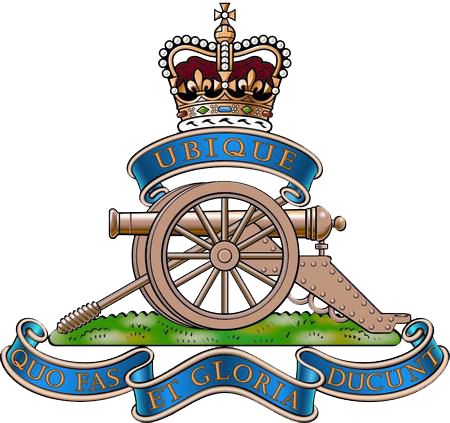 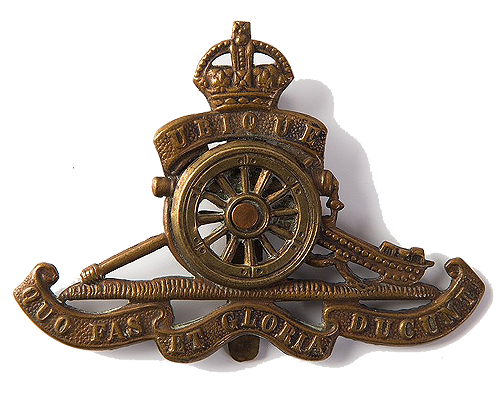 Gunner Gabriel Bullock 85432 was assigned to the Royal Garrison Artillery 255th Siege Battery. The Battery unit records show them arriving in France on 18th January 1917. This unit was originally a Regular/New Army Battery and had served in this Theatre of War prior to this date.

As British artillery tactics developed, the Siege Batteries were most often employed in destroying or neutralising the enemy artillery, as well as putting destructive fire down on strongpoints, dumps, stores, roads, and railways behind enemy lines. Of course, the Germans employed the same tactics and Gabriel Bullock's Battery was a similarly high value target.

We know that the 255th Siege Battery RGA was first deployed in France on the 18th January 1917. However, it seems that the war diaries of this Battery no longer exist, possibly destroyed in the incendiary bombing of London (the Records Office) during WWII, but you can read more about the Siege Batteries of the Royal Garrison Artillery and their role.

The medal was awarded to all members of the armed forces, 1914-18, in recognition of their arduous service in bringing the war to a successful conclusion. It was also awarded for service in Russia in 1919-20 and for mine clearance in the North Sea between 11 November 1918 and 30 November 1919.

This medal was awarded to all services of the British armed forces that had already received the British War Medal. It was often known as the Allied War Medal because the same basic design and double rainbow ribbon were adopted by thirteen other allied nations.

World War One Photographs
Used in the film 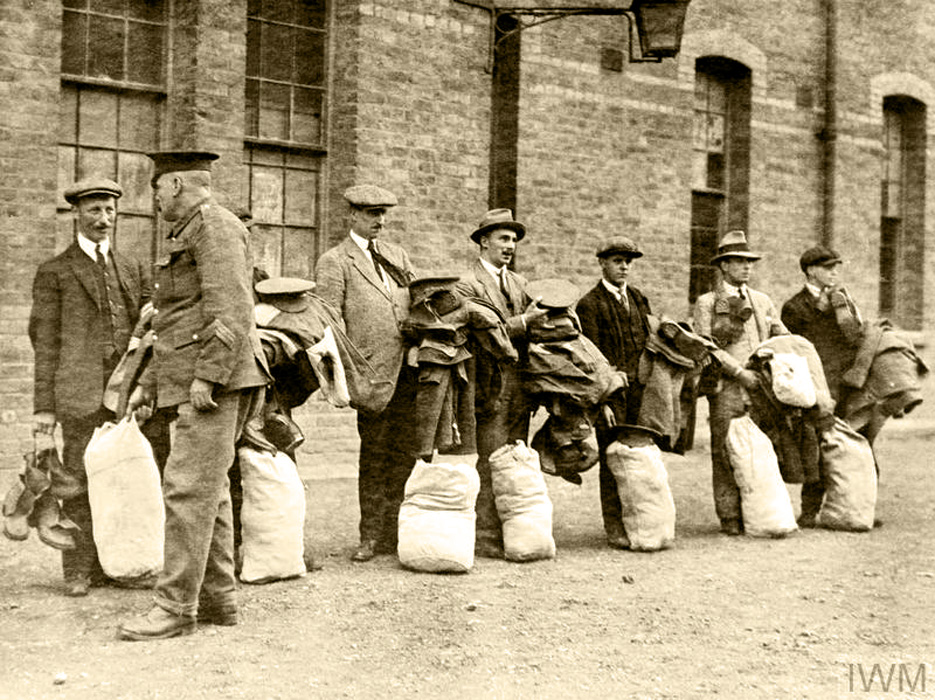 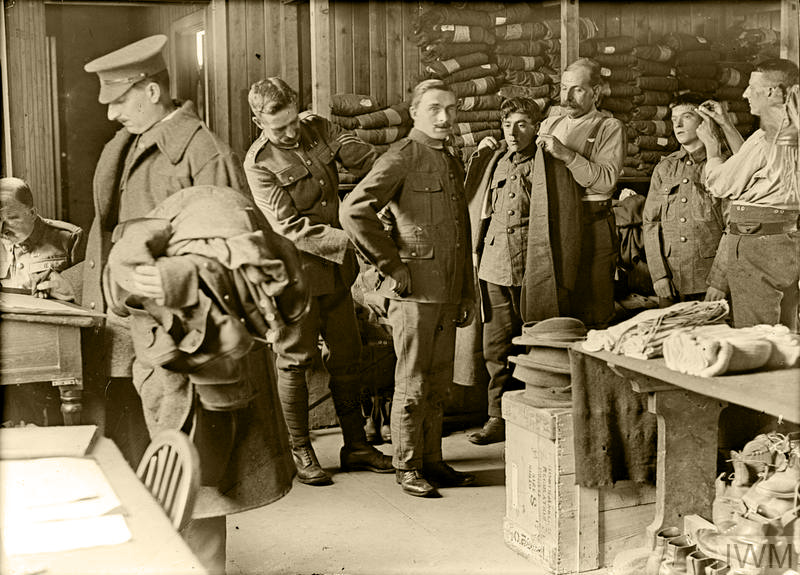 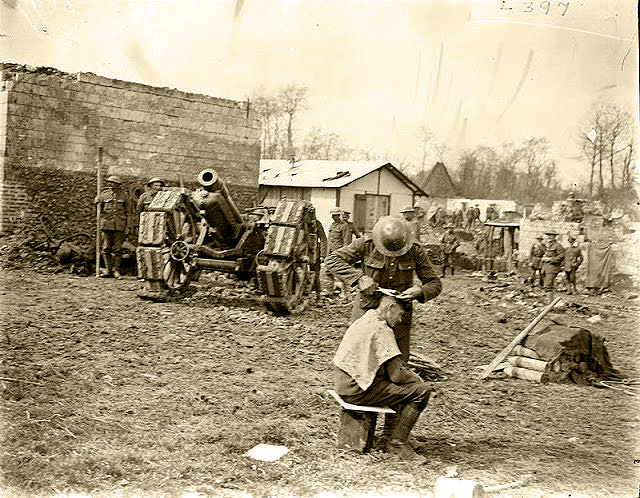 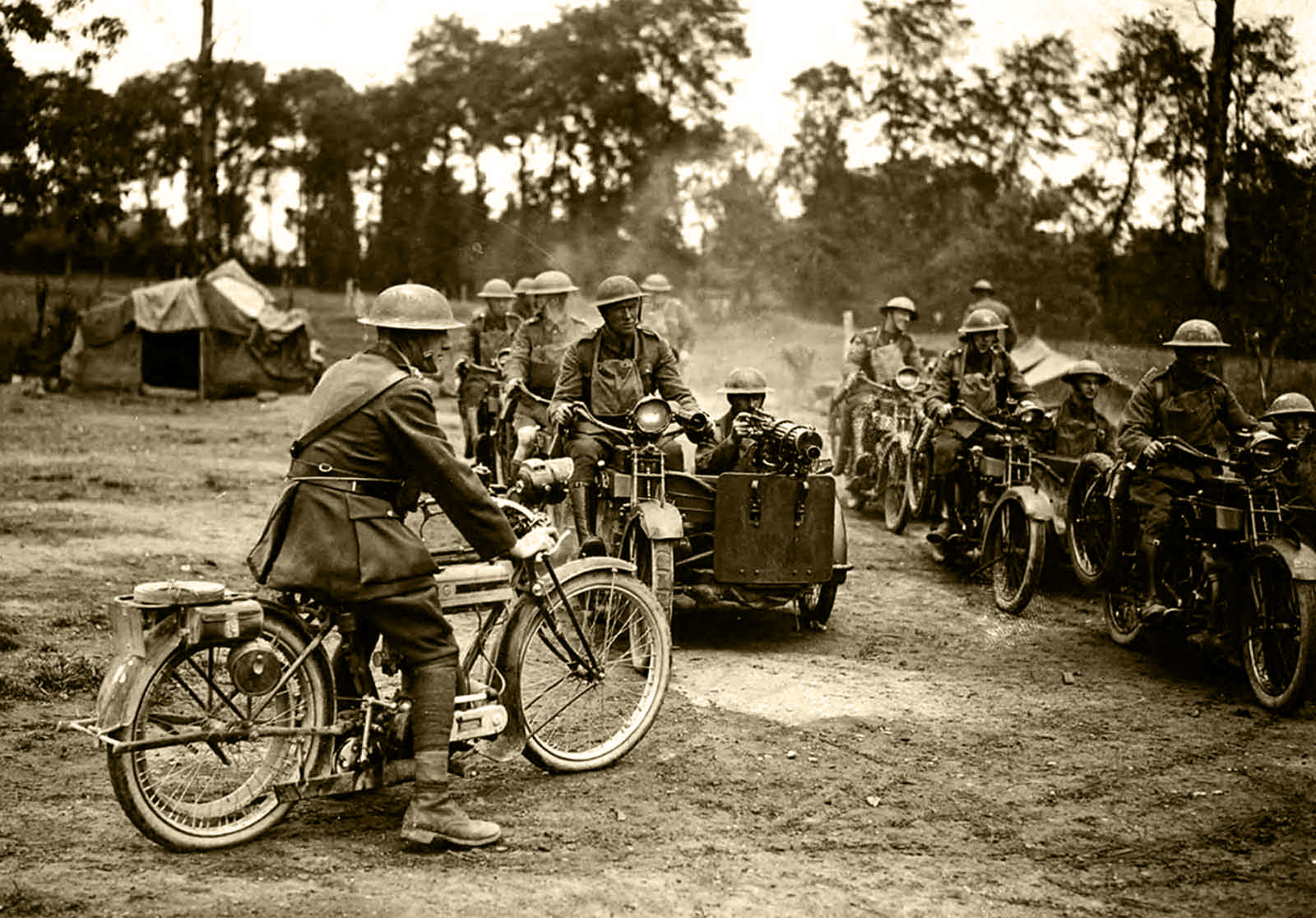 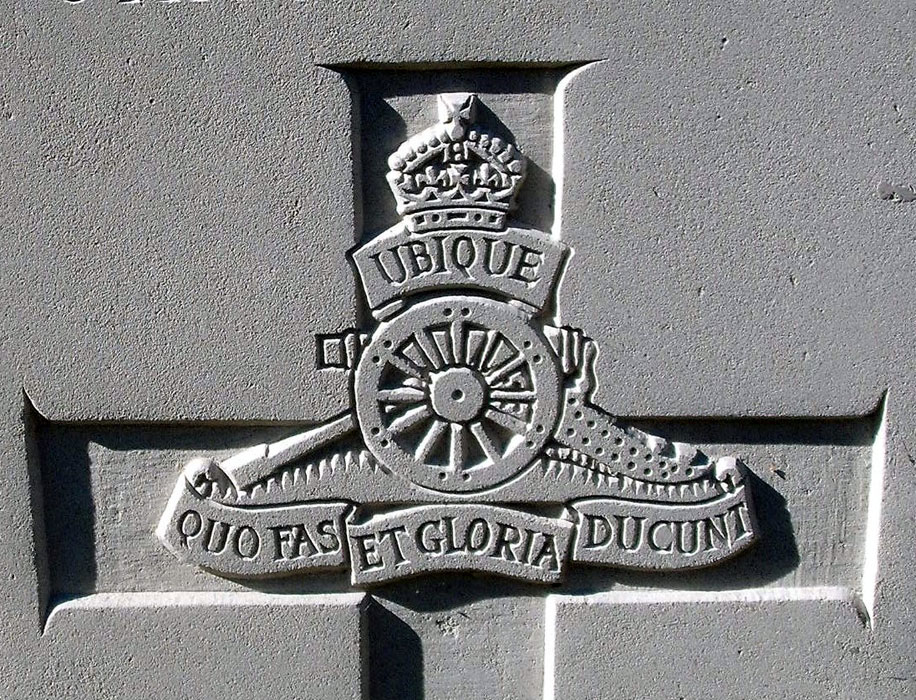 Location Information:Tincourt is a village about 7 kilometres east of Peronne and Tincourt New British Cemetery is on the west side of the village, just off the D199. 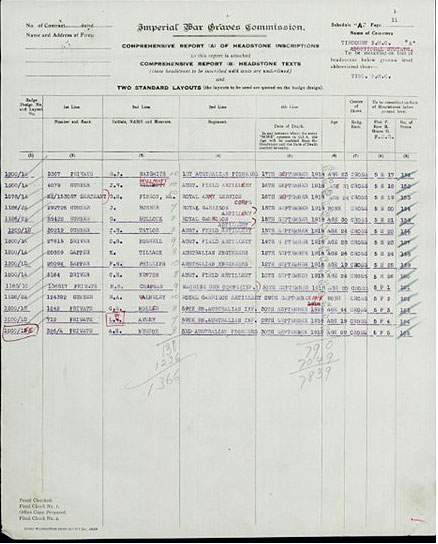 Created in June 1917, when Tincourt set up a medical post, they welcomed after the armistice the graves of the soldiers buried on the battlefield or in small cemeteries. 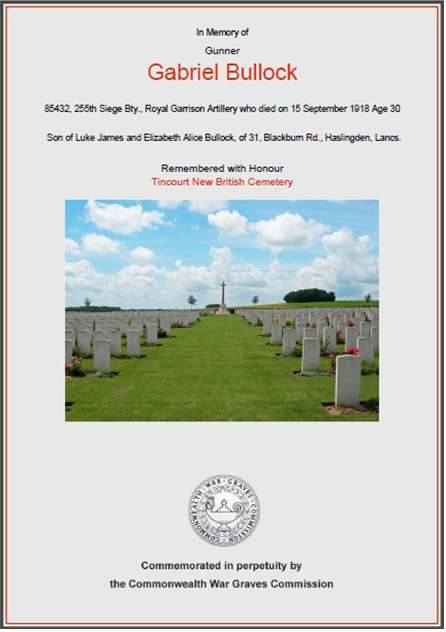 Bro Gabriel Bullock's grave and Headstone can be found in
Plot V (5) - Row E - Grave Number 21 as indicated by the red dot on a green background on the above plan of Tincourt New British Cemetery, Tincourt-Boucly, France.

The lodge has resolved to display an image of Bro Gabriel Bullock during the September Lodge Meeting each year to commemorate the anniversary of his death. 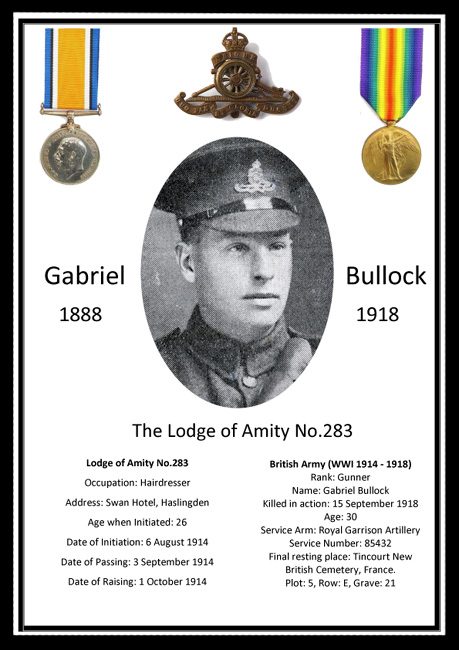 The Lodge will also purchase and lay a wreath from the Lodge at the Haslingden War Memorial on Armistice Day in November each year. 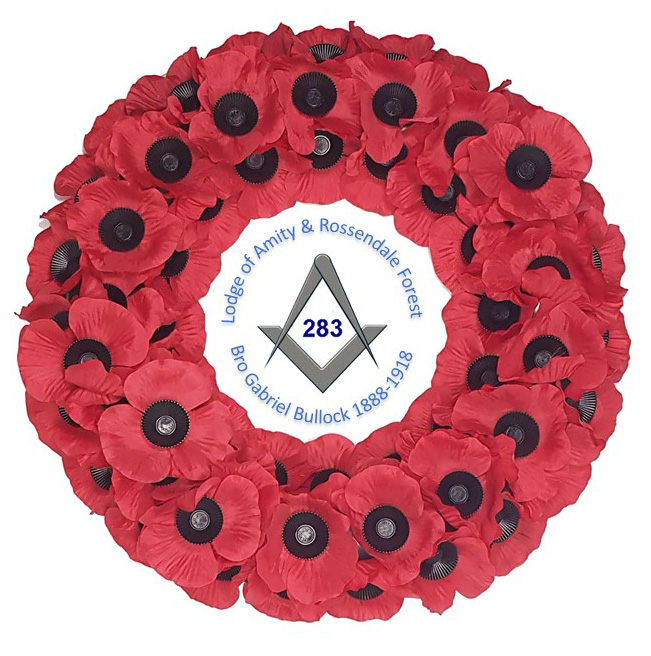 The Lodge of Amity and Rossendale Forest No.283 is indebted to
WBro Stuart Rayton and WBro Ray Godwin for their investigations.
WBro Dennis Heskett and WBro Ian Haworth for their contribution
and to the following organisations:
| The Imperial War Museum | Haslingden War Heroes | Masonic Great War Project |
| Commonwealth War Graves Commission | The War Graves Photographic Project |
for the information provided for this page..