17 October 1918:
"The WM moved and the Rev. Bro. Capt. T. Miller Johnson, Chaplain, seconded, that we place a record on the Minutes of our appreciation of Bro. Gabriel Bullock, who gave his life in action in the Great War, at Rowel (possibly Roisel), in France, on September 15th 1918, and who was buried at Vincent Military Cemetery, near Peronne, France. Also that a Photo of the deceased be procured, framed and hung on the wall of the Lodge."

From the Lodge archives

We do not know when Bro Bullock was "called up" or even if he volunteered to serve, but from the speed of getting him through to the Degree of a Master Mason, it would suggests that it was probably imminent.

There are some discrepancies in the recording of Bro Gabriel Bullock's death:

The confusion over his resting place could be that during the chaos of War those fallen soldiers very often remained on the Battlefield and were buried where they fell, or sometimes buried in a burial plot nearby. They would have been transferred and re-interred later in an Official Military Cemetery. However, what ever the confusion, the Commonwealth War Grave Commission do have his final resting place listed. RIP 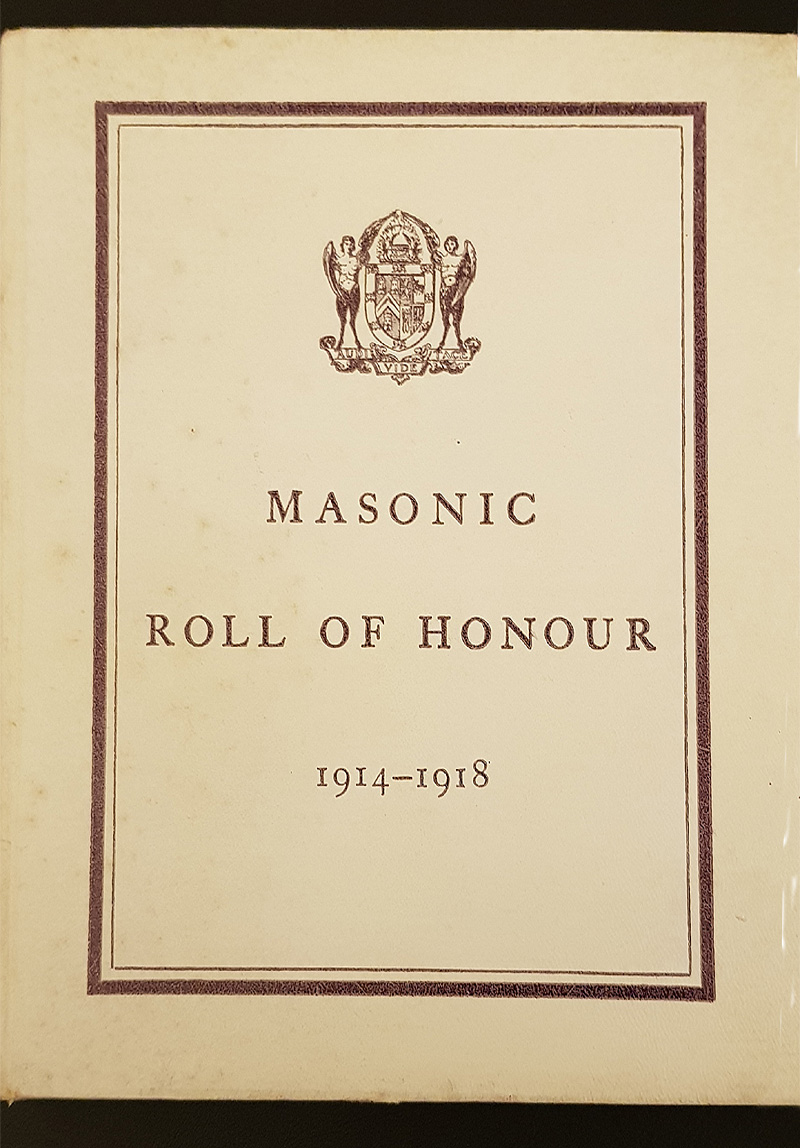 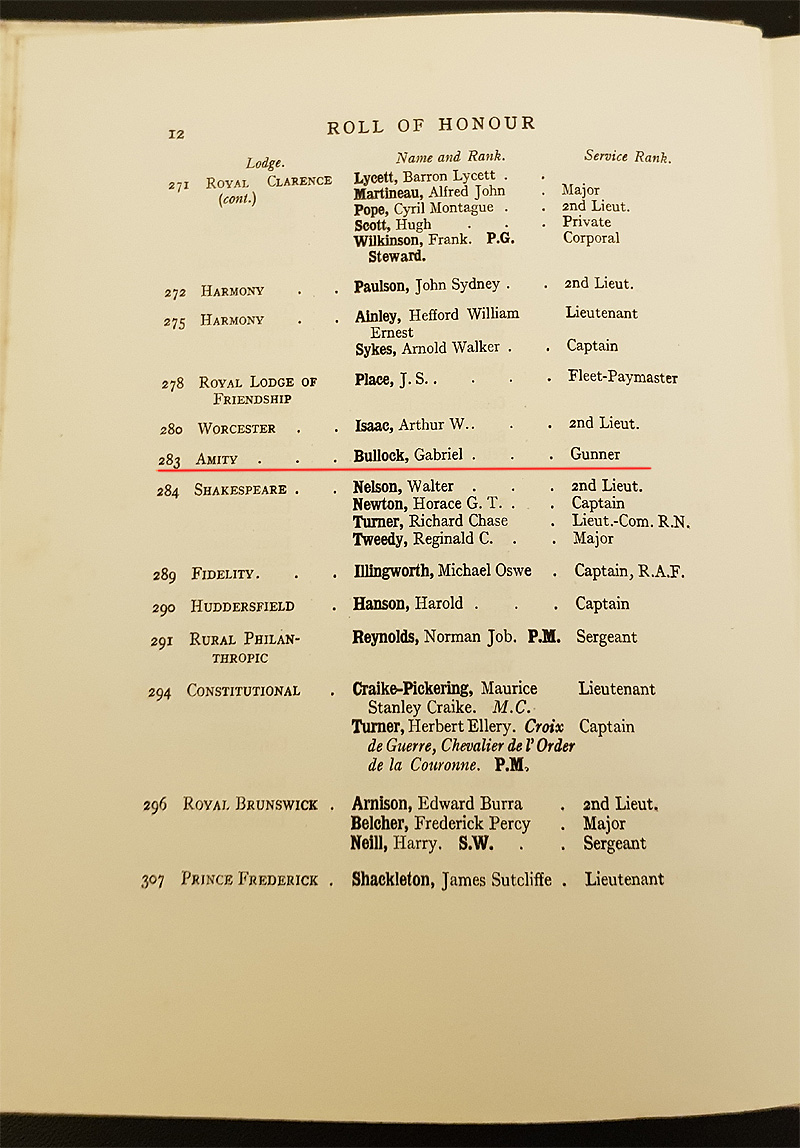