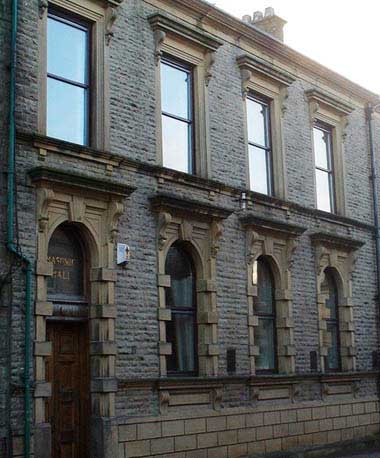 The Lodges of Amity and Rossendale Forest met at the Masonic Hall, Deardengate, Haslingden, from 1923 until 2007.

This Masonic Hall had a wood panelled Lodge Room with many Masonic features both in the Lodge Room and elsewhere in the Hall; such as ornate plaster moulding and panels plus Masonic stained glass windows. It was a warm and welcoming building, but became too expensive to run and maintain when Hazeldene closed and Starkie moved to Ashday Lea, Rawtenstall.

The photographs below show some of the features of the Haslingden Masonic Hall on Deardengate. 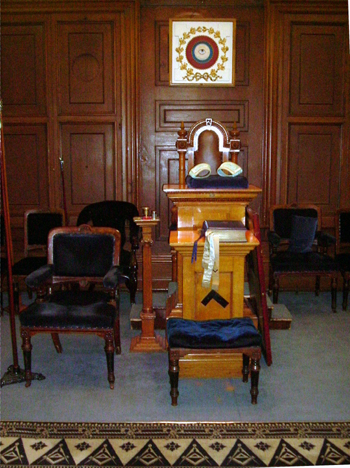 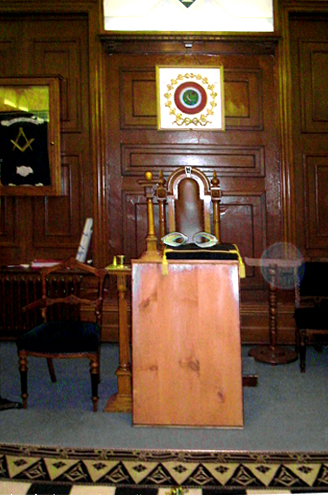 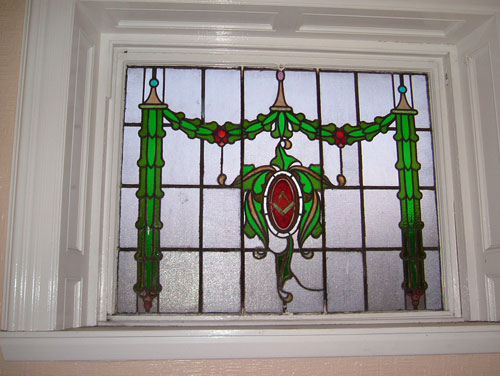 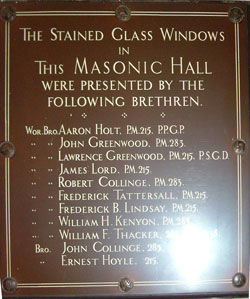 These plaques were in the entrance of the Masonic Hall. 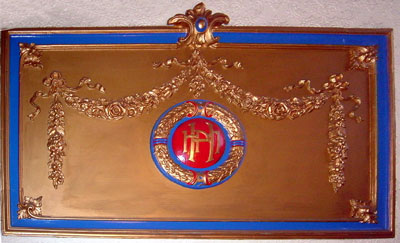 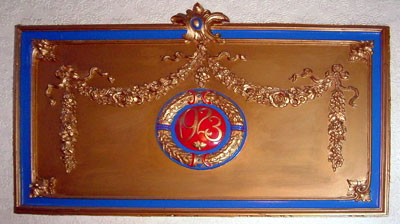 These Masonic plaques were in the Lodge Room at Haslingden,
they now hang on the walls in the Museum room at Mill House. 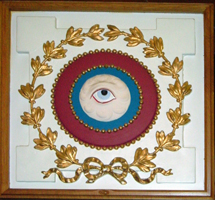 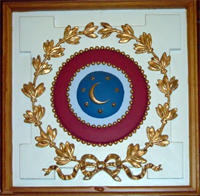 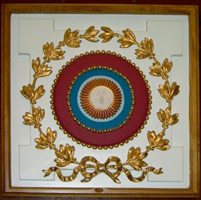 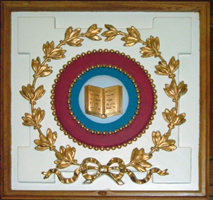 View examples of the ornate plasterwork within the Masonic Hall. Click here 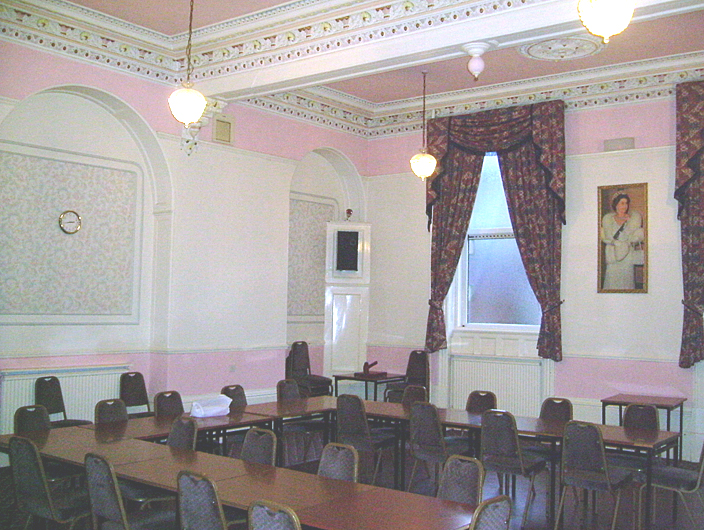 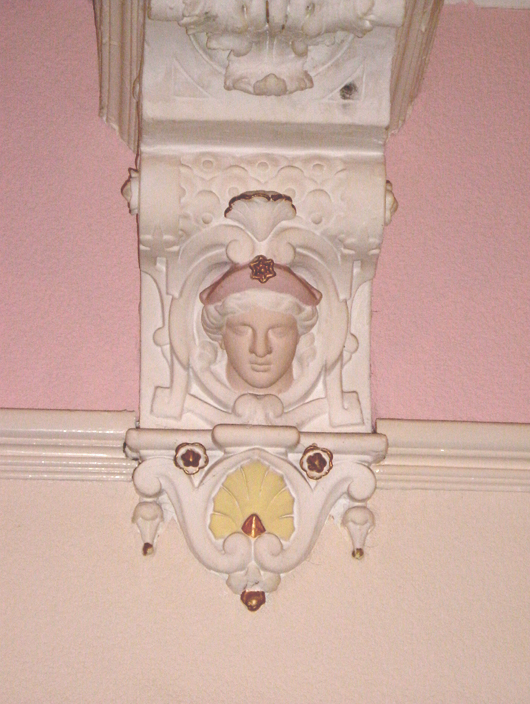 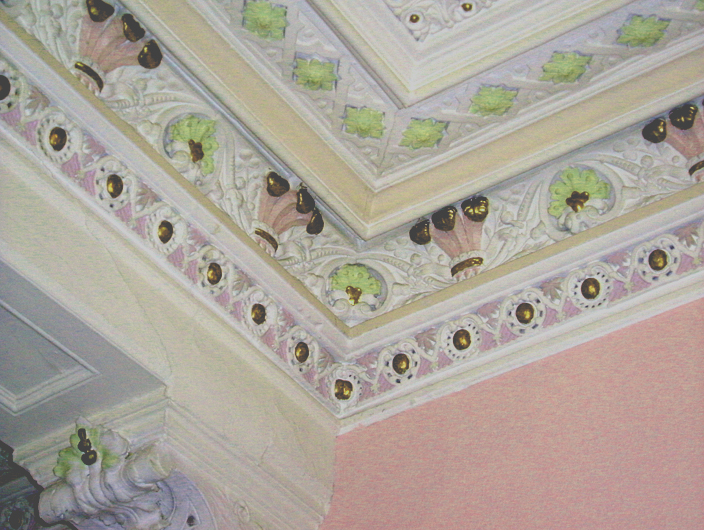 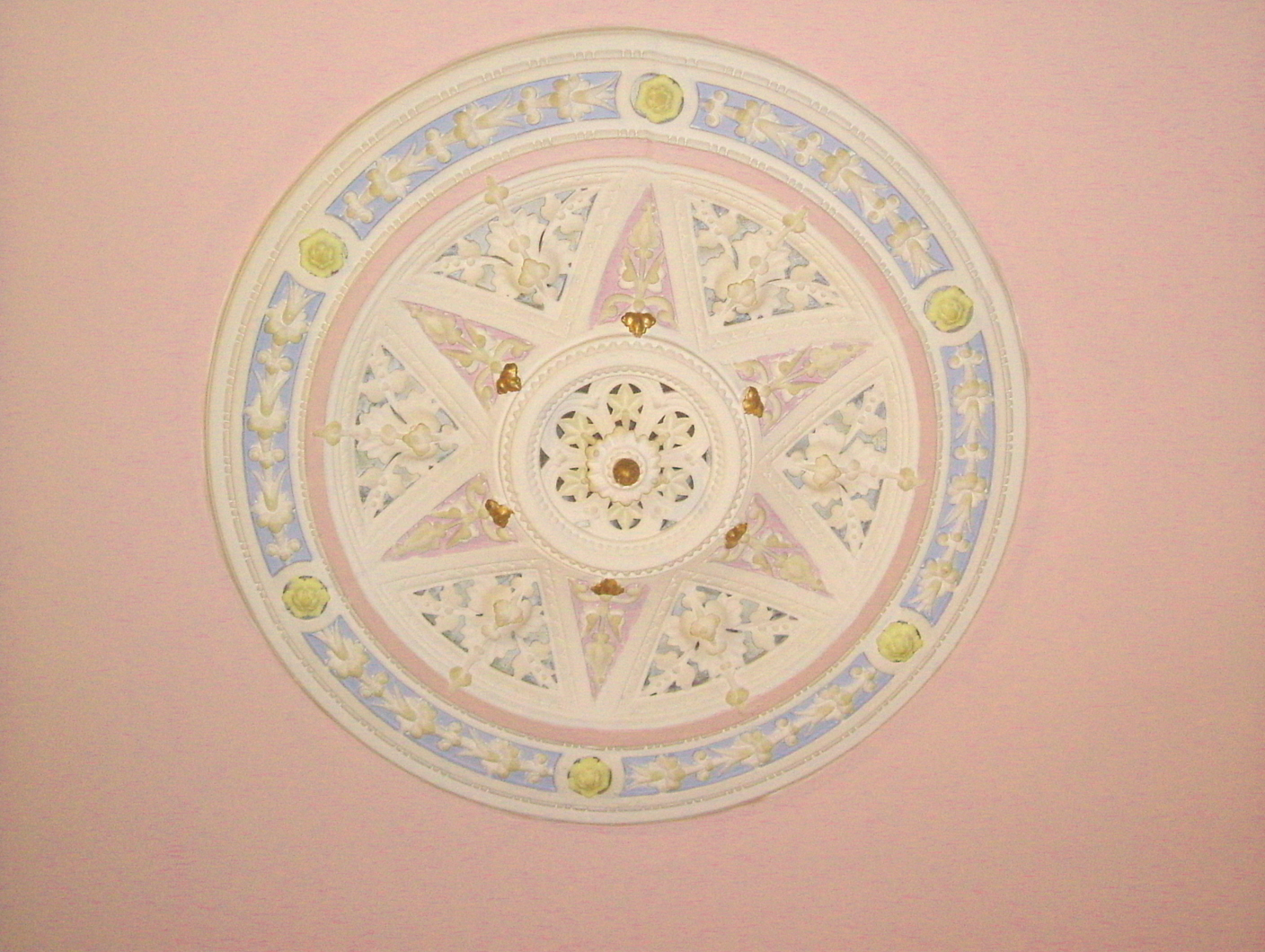 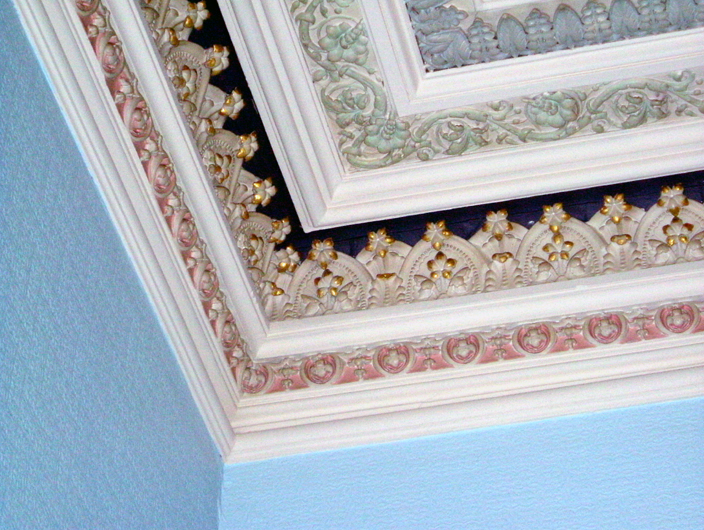 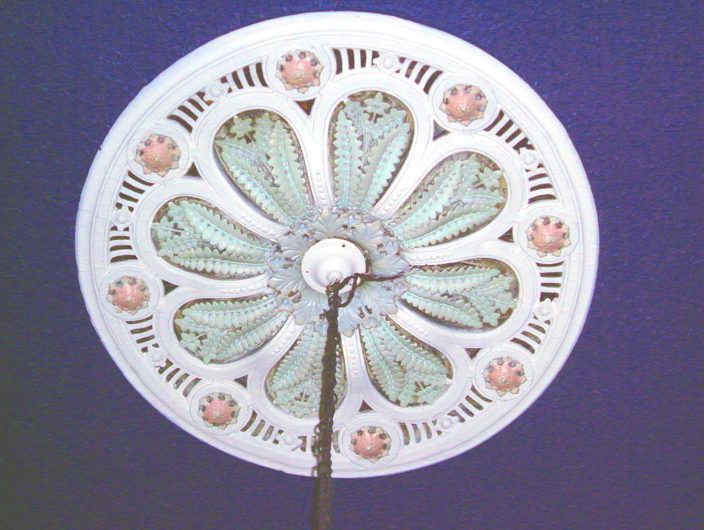