Lodge of Amity and Rossendale Forest No.283....

The year 2020, a very special year for WBro Dennis Heskett PProvDepGDC our new Worshipful Master and WBro Derek Henry Smith PProvDepGDC, Almoner as they both will celebrate later this year their 50th anniversary of being Initiated into Freemasonry.

The Lodge was opened in due form by the WM, Bro R Godwin at 3:00pm after which the WM asked the Brethren to stand to order in respect of departed merit for WBro Eric Corbridge, PProvDepGReg, he lived respected and died regretted on the 28th Dec 2019, aged 82. †

Upon a report, WBro J Curry ProvDepGDC was admitted, who then announced that VWBro John Richard Farrington PGSwdB, the Deputy Provincial Grand Master for the Province of East Lancashire was without and he demanded admission. The WM confirmed that we would receive him with pleasure and VWBro Farrington was admitted, accompanied by several Grand Lodge Officers and the District Chairman WBro D McGurty JP PProvJGW. The WM welcomed VWBro Farrington, who is also an honorary member of the Lodge and offered the gavel saying, "I've been told that I should dare you to take the Gavel". VWBro Farrington thanked the WM but declined his offer saying that he "wouldn't want to be responsible for Installing Dennis into that Chair"

Salutations were given to VWBro Farrington who responded with Fraternal salutations, greeting us all well.

For the purpose of Installation, the WM invited WBro A Shaw PProvSGD to occupy the SW's Chair, WBro P Spann occupy the JW's chair, WBro D Smith PProvDepGDC to act as IG and WBro G Casson PProvDepGDC to remain as Tyler. The WM then requested all Brethren below the rank of a FC to retire for a short time and the Lodge was opened in the 2nd Degree.

The main business of the meeting was to install WBro Dennis Heskett PProvDepGDC, WME into the Chair of this old Lodge. WBro M Rosney ProvSGD, DC, presented WBro Dennis Heskett PProvDepGDC, SW, WME to the WM who explained the criteria of a Master and asked the necessary questions. Being a Past Master of the Lodge, WBro Heskett reaffirmed his agreement to the Ancient Charges and Regulations before advanced to the pedestal where he then reaffirmed his obligation.

After all those below the rank of an Installed Master had retired from the Lodge, a Board of IM's was opened by ritual and the WME, WBro Heskett was installed into the Chair of King Solomon by the WM, who performed the Ceremony of Installation in an excellent manner. The WT of an IM were presented and explained in an excellent manner by WBro C Harris a past member of the Lodge, now the Secretary of Lodge St. Medans 1335 (SC). WBro Harris was self-critical of his rendition saying, "Well that's how it's done in Scotland", prompting a smile from VWBro Farrington. The WM then invested WBro Godwin as IPM and the Lodge was called off for a comfort break.

The Lodge was called on and WBro Rosney closed the B of IM by ritual. Work resumed in the various Degrees with:

All performed their work in an excellent manner, to the usual high standard and with sincerity.

The WM was requested to appoint and invest his officers with his first duty being the presentation of a breast jewel to WBro Godwin in recognition of his work throughout his year in office. After a short struggle by the WM trying to unfold the presentation case and slot it into the IPM's breast pocket, WBro Godwin said, "It's probably still stitched up", causing laughter around the room.

The Lodge Officers appointed and invested are recorded on the Officers Page of this website.

Reports were received from the Almoner and CS

VWBro John Farrington PGSwdB DepProvGM presented WBro Heskett WM with a commemorative certificate from the members of the Lodge. The WM/CS then presented VWBro Farrington with a £1,400.00 cheque from the Lodge for him to pass on to ELMC on our behalf. VWBro Farrington thanked the WM and Brethren for this most generous donation and congratulated the Lodge on the amount of donations they had made to Masonic and non-Masonic Charities.

The minutes recorded apologies from members, however, 19 members and 31 visitors were present from Lodges in the Provinces of East Lancs, West Lancs and Galloway (Scotland). We are always very pleased to see WBro Chris Harris (a past member of the Lodge) visiting again from Scotland and participating in the Ritual, even though it may have seemed like the Scottish version.

The Lodge was closed, and an excellent and jovial Installation Festive Board followed.

The Lodge was opened in due form by the WM WBro Dennis Heskett, PProvDepGDC. Bro Peter Moore was acting IG.

The main item of business was to Initiate Mr. Peter Jonathon Farrow into Freemasonry and this Lodge. The WM invited WBro Raymond Godwin, IPM to occupy the Chair to work the Initiation ceremony. The Candidate was escorted on his progress around the Lodge by WBro Alan Fielder JD assisted by Bro Steve Thompson SD, in an excellent manner. WBro Ray Godwin worked the ceremony in a most excellent manner, ably assisted by the Officers of the Lodge. Bro Vincent Frain gave the Address to the NE Corner and WBro Steve Barton PAGDC presented and explained the Working Tools in an excellent manner. Bro Peter Moore gave the Charge after Initiation in an exemplary manner and with great feeling. Indeed, all worked the ceremony to the highest standard and the best traditions of the Lodge. Mr. Farrow was well and truly initiated into Freemasonry and welcomed into the Lodge by all the Brethren.
The WM presented Bro Farrow with the Lodge Initiate Certificate to mark the event.

WBro Derek Smith PProvDepGDC will give notice of motion that at the next meeting he will propose Mr Leo Doran as a Candidate for Initiation into the Lodge.

WBro A Fielder will give notice of motion that at the next meeting he will propose Mr Bogdan Manoliu as a Candidate for Initiation into the Lodge.

Reports were received from the following: The Almoner, the Charity Steward and the Lodge Membership Officer.

The minutes recorded apologies from members, however, 17 members and 3 visitors were present. Greetings were given by the visitors, one member from each Lodge. Bro C Lawes, a regular visitor from France announced that he would give greetings, half in French and half in English, prompting the WM to proclaim "well, at least I'll understand half of it then!"

The Lodge was closed, and the Brethren retired to the Festive Board. Bro Will Atkinson proposed the Toast to Bro Farrow and in his reply, Bro Farrow said that he was delighted to now be a member of the Lodge and thanked everyone for their words of welcome and encouragement. WBro Andy Shaw PProvSGD, Mentor presented Bro Farrow with the EA booklet. 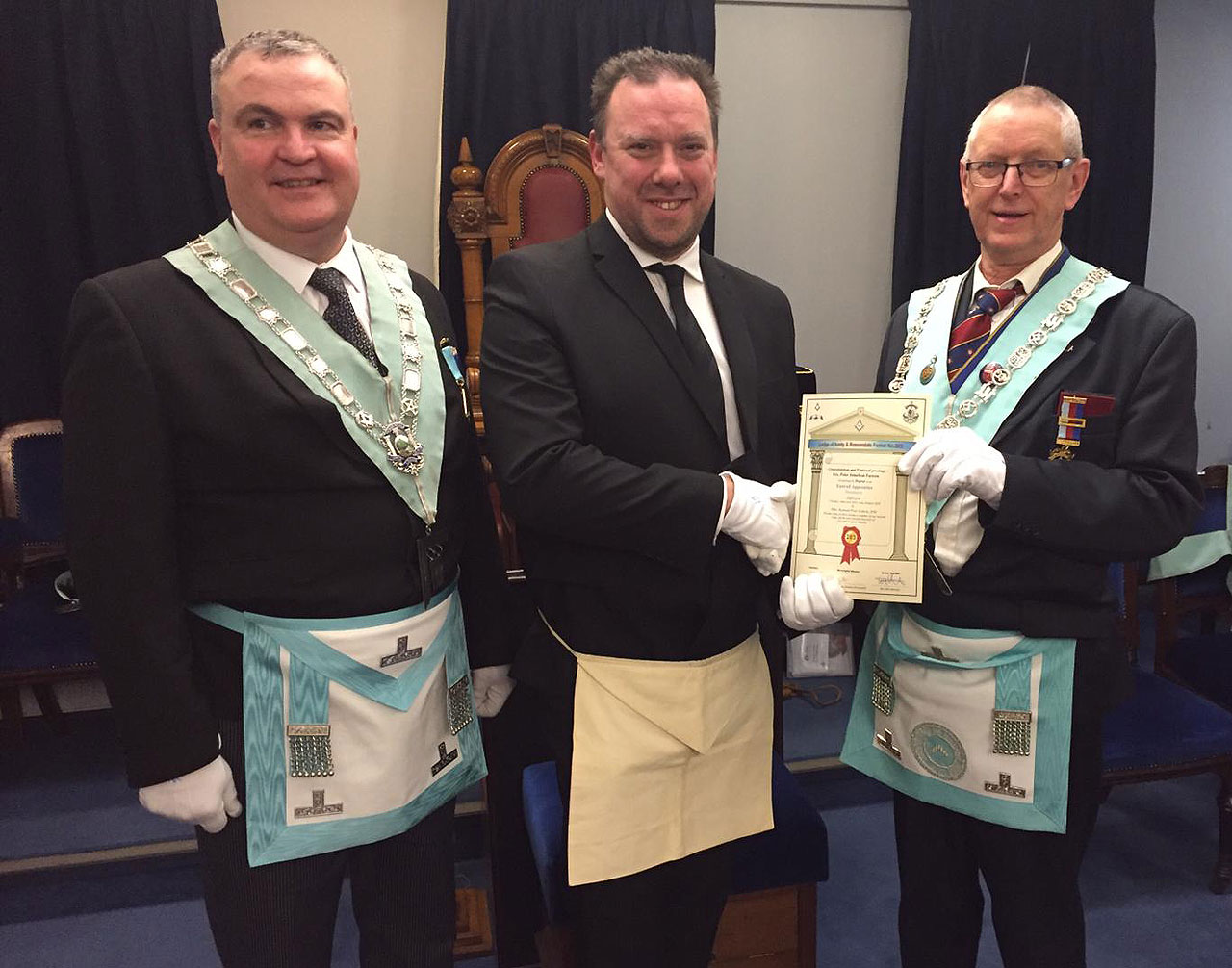 The Lodge was opened in due form by the WM, Bro D Heskett PProvDepGDC at 6:37pm. Two visitors from Yorkshire, West Riding were admitted on a report.

† The WM asked the Brethren to stand to order in respect of departed merit for WBro James (Jim) Aspden PProvDepGDC, he lived respected and died regretted on the 4th Feb 2020, aged 79. On this occasion the WM also asked that the Brethren remember Mrs Sheila Rayton, wife of WBro S Rayton PProvGSwdB who passed away on the 16th Feb 2020. †

The main business of the evening was to Raise Bro Callum Cawley to the sublime degree of a Master Mason. The Ceremony to be worked by the WM assisted by Officers of the Lodge. Retrospect by WBro A Fielder JD, Working Tools by WBro S Barton PAGDC, Charge by WBro G Grishakow PProvGStB Treas, Traditional History by WBro Grishakow, Tracing Board by WBro Barton.

The Lodge was opened in the Second-Degree and Bro Cawley answered test questions in an excellent manner. The WM entrusted Bro Cawley who then retired for preparation. The Lodge was opened in the 3rd Degree and prepared and Bro Cawley was admitted. The WM conducted the ceremony in an excellent manner. Bro S Thompson SD escorted Bro Cawley admirably. WBro Fielder delivered the Retrospect, WBro Grishakow the charge and WBro Barton the working tools, all to a very high standard. Bro Cawley then retired to restore himself to his former comforts and on his return, WBro Grishakow delivered the Traditional History and WBro Barton presented the Tracing Board, both in an excellent manner. The WM congratulated Bro Cawley on being raised to the sublime degree of a Master Mason and presented him with a Lodge certificate commemorating his Raising along with his personal copy of the ritual book. The WM then invited Bro Cawley to take his rightful place in the Lodge. The WM expressed his thanks to all those who had taken part in the ceremony before the Lodge was closed by virtue to the 2nd and 1st Degrees.

WBro Grishakow, Treas presented the Lodge accounts for 2019. WBro D Bury, PProvGSuptWks, as one of the examination committee, proposed and Bro W Atkinson, JW seconded that the accounts be accepted. The Brethren voted in favour and the accounts were approved.

WBro Heskett, Charity Steward presented the Charity accounts for 2019 for approval. Bro Atkinson, JW as one of the examination committee, proposed and WBro Smith seconded that the accounts be accepted. The Brethren voted in favour and the accounts were approved.

WBro Peter Evans PProvJGD and WBro Kenneth Rothwell PProvJGD, both past masters of the Lodge were successfully balloted for as honorary members.

Reports were received from the Almoner and CS which are recorded in the Minutes of the meeting.

In any other business, WBro Smith asked certain Brethren to stay in the Lodge room after closing for the usual photos. WBro Rosney ProvSGD, DC informed the Brethren that WBro Harwood, Sec had become a Grandad for the first time on the preceding Sunday, which resulted in spontaneous cheers from around the room. WBro Harwood thanked WBro Rosney and the Brethren for their good wishes and expressed his own delight on the arrival of his Grandson.

The minutes recorded apologies from members, however, 16 members and 2 visitors from Kirklees Lodge 4710 (Yorkshire, West Riding) were present.

There being no further business the Lodge was closed, and the Brethren retired to the Festive Board.

Due to the Coronavirus outbreak our Masonic meetings have been suspended until September. So to keep in touch a virtual Coffee shop has been set up to meeting on a Thursday at 11:00am.

We have just had the first successful 283 morning coffee meeting with nine members attending. Some in fancy dress, Alan dressed up for the occasion, one in a cave and one on a beach! CRAZY.

The meeting only lasted 30 minutes and we had a good laugh. We discussed our concerns over COVID-19 and the impact on our businesses and everyday lives. Alan received advice on his constipated dog. Shirley Fielder and Clare Moore joined us very briefly. It was great to catch up and all agreed to try again same time next week. We're also looking at the possibility of another to coincide with what would have been our Lodge meeting at 7pm on Tuesday the 7th April. Yet to be confirmed.    Coffee Mornings at 11:00am every Thursday. 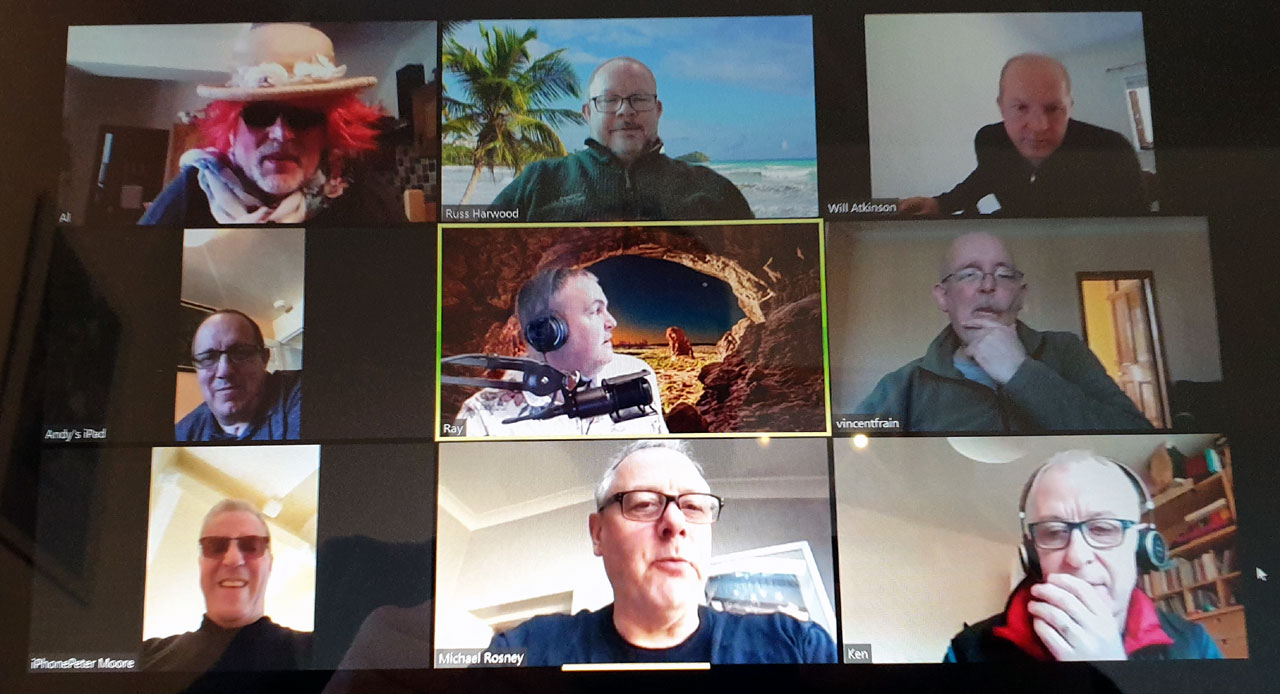 Due to the Coronavirus outbreak our Masonic meetings have been suspended until September.

Due to the Coronavirus outbreak our Masonic meetings have been suspended until September.

June - July - August 2020:
The Lodge does not conduct any Masonic business during these months and is in Summer recess.

A time for a bit of cruising, sailing, walking, cycling, (Coronavirus permitting) or just relaxing and recharging the batteries after all the hard work during the first half of our Masonic Year.

See you all again in September. 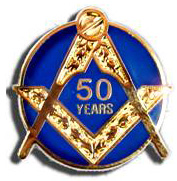